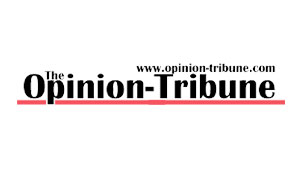 Wisconsin-based WSI (Warehouse Specialists) announced plans to build the facility on a 43-acre site southeast of the Interstate 29 / Highway 370 (Bunge Ave.) interchange. The first phase of the project will be a 137,500 square-foot distribution center for Syngenta Crop Protection, a global ag leader that plans to use the facility for Midwest distribution and to support an existing plant in Omaha with the storage of chemicals, raw materials and packaging items.

Chad McCollester, an agriculture professional and spokesperson for the Mills County Economic Development Foundation, called Syngenta “a leader in the ag industry” that will not only provide jobs for southwest Iowans, but also serve as a resource for the farm community.

“To have a logistics center here in our backyard to where they can serve our ag suppliers and ag retailers quickly and efficiently will hopefully save some headaches when Mother Nature gives us an opportunity to get some work done in the field,” McCollester said. Iowa Lt. Gov. Adam Gregg was among the dignitaries in attendance and said he and Gov. Kim Reynolds are encouraged to see private investment going on in southwest Iowa, particularly in Mills County where this year’s Missouri River flooding delivered a major economic blow.

“It’s great to see private industry express this kind of confidence in our business environment, in our economy, in our local infrastructure, but most of all in our people,” Gregg said. “The people of southwest Iowa have shown such incredible resiliance over the course of the past six, seven, eight months. It’s nice to see good positive news and a vote of confidence.”

WSI spokesperson Bob Schroeder said the Mills County location was one of many given consideration for the project.

“We searched basically from the other side of Iowa to as far north as Minnesota and South Dakota and all the way down to Oklahoma,” he said. “We narrowed the search down and identified this region as a place we’d like to go. We identified a couple others also, but the real difference we found is the people.”

“Most projects would have either been put on hold or just dead in the water,” he said. “But, what we found is that the people here were willing to pull up the boots and have at it and keep going. That spoke volumes to us as an organization and me personally. It just gave me more resolve that this was the spot to do it.”

Gregg and Allely both said they’re optimistic WSI’s investment in Mills County and southwest Iowa will lead to future consideration and development in the region from other companies.

Article courtesy of The Opinion-Tribune.

Iowa Is Not Heaven, But We Do Have A Few Powerful Things Going For Us

Sep 27 2019
Sometimes it feels like Iowa is the country’s best kept secret. Iowans tend to be pretty happy with the quality of life, and yet there are still only 3.1 million of us. On this edition of Talk of Iowa, host Charity Nebbe explores the economic and social reasons that people decide o...Continue Reading

Sep 27 2019
AMES, Ia. — Iowa's small-town manufacturers are in a crunch, state leaders say. They don't have the talent pool to expand operations, and they don't have the funds to experiment with new technology that could boost productivity. But Ronald Cox, service director for the Iowa State University Center for Industrial Research, believes his ne...Continue Reading

Sep 25 2019
New Funds Available to Support Demolition, Rehabilitation of Vacant State Buildings (Des Moines) - The Iowa Economic Development Authority (IEDA) announced two new competitive funds to support the mitigation of dilapidated, state-owned properties that can be redeveloped for economic development purposes. Specifically, funding of up to $6 million has been allocated to th...Continue Reading

This area of Mills County, IA is located in the Omaha Metropolitan Area and is served by interstates 29, 80, and US 34.  Learn More Here!